Virginia’s 2022 Primaries are around the corner 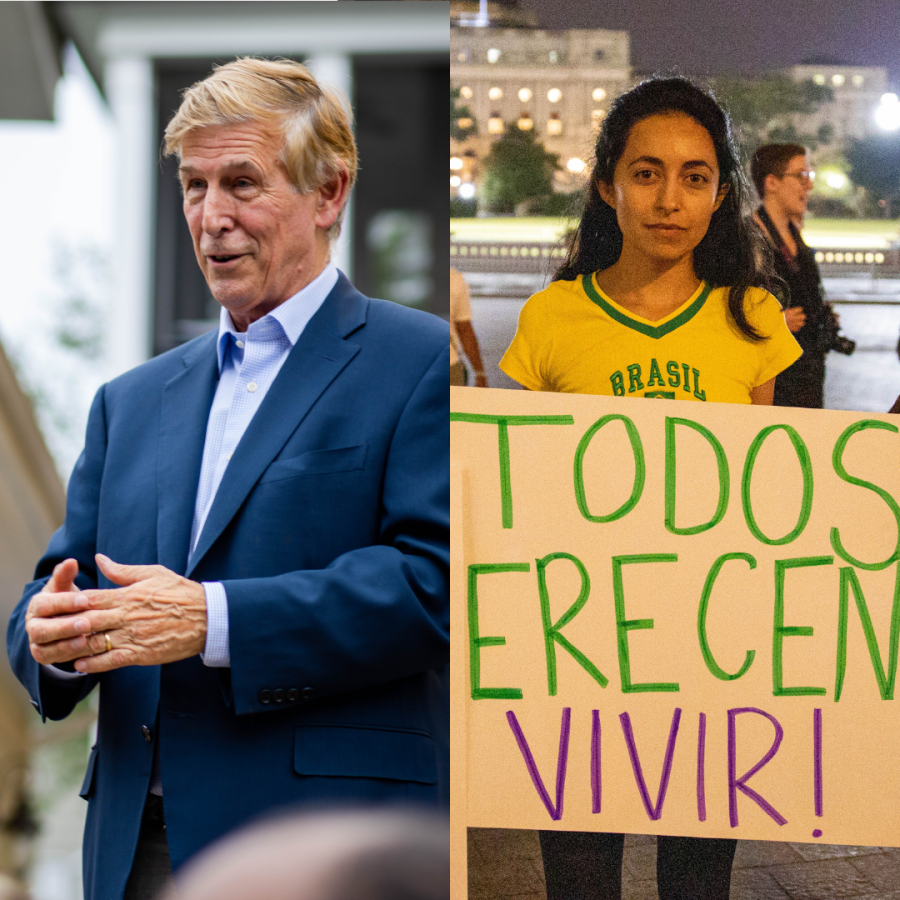 Incumbent Don Beyer (left) is being challenged by first-time candidate Victoria Virasingh (right). While the two candidates don't disagree on many policy issues, Virasingh has recently asked Rep. Beyer to "pass the torch."

Virginia is one of few states with annual statewide elections that do not coincide with midterms and presidential elections. This year, Virginians will be electing their U.S. Congressional representatives, but before that, primary elections must take place if there is more than one candidate from the same political party for nominees to be decided.

In Fairfax County, which includes the 8th, 10th, and 11th congressional districts, there will be no state-run Republican primaries. The only Democratic primary in the county will be between incumbent Rep. Don Beyer and Victoria Virasingh in the 8th district.

“VA-8 is a [Democratic] stronghold, so the primary essentially chooses the next representative for that district,” senior Atticus Gore said. “Within the Democratic party there can be more center or more leftist candidates, so primaries are important to identifying the candidate who will best represent our district.”

“It’s important to vote in primaries because it gives us, as the voters, more control over what we feel is more important in a candidate,” junior Regina Mulhausen said. “Voting in primaries allows voters to be more represented within the government, which is especially important for minorities.”

While most McLean students are too young to vote, there are select juniors and some seniors who will turn 18 before the November 8 general election, making them eligible to vote in the June primary.

“The Democratic primary this year of all years is important because we as a country are watching rights being stripped from people with uteruses,” junior Nathan Kulp said. “The primaries aren’t a solution to any [pressing] issues but we’ve got to start making progress now, or who knows how much worse it’ll get.”

Early voting began on May 6 and will end on June 18. Election Day is set for June 21. With these dates fast approaching, teachers have also encouraged students to vote.

“[Voting] is a civic duty, and if everyone thought their vote didn’t matter… then a lot of people don’t vote,” social studies teacher Anneliese Daggett said. “Primaries are just as important, because eventually those people who win the primaries will be in an even bigger election come November.”