Cheer teams come together to celebrate the end of their season 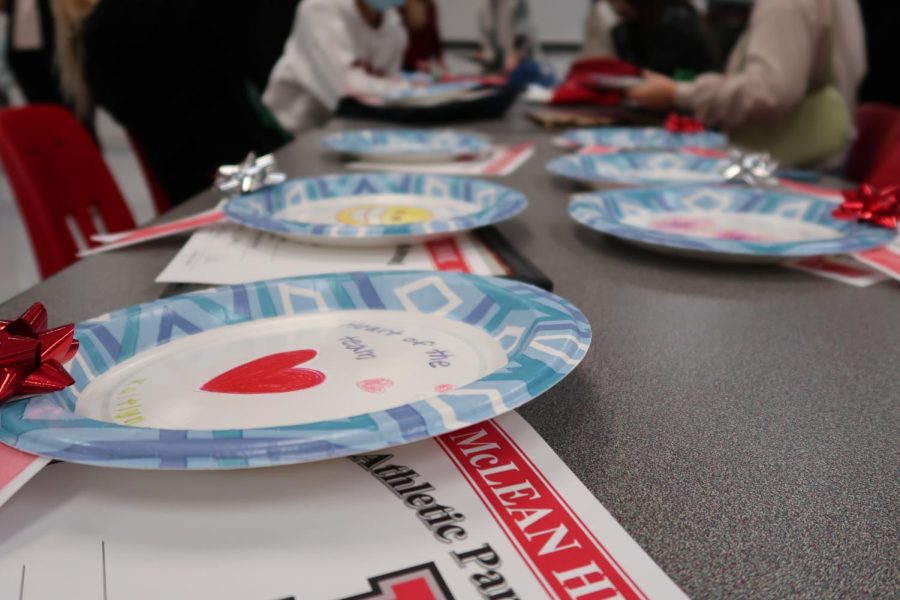 Each Cheerleader was given a Paper Plate Award by their respective captains, besides the standard Athletic Participation certificate. This is a way to highlight each one's qualities within their team.

As the fall sports season came to an end, teams reunited to say their last goodbyes and end on a positive note. On November 16th, the freshman, JV and varsity cheer teams came together to celebrate their season and honor each athlete.

“It’s definitely something that all of us look forward to at the end of the season, because it’s a chance for us to get back together,” said senior varsity captain Caylie Kennedy. “We sit back with each other and talk about our favorite memories from cheer.”

Because cheer is a sport that usually performs along with the football team, the event is significant because it allows the cheerleaders to get a spotlight that they don’t usually receive.

“Cheer is special because we are a sport that not only competes ourselves but also supports another sport, so I think it’s really nice to just have a chance to recognize each of these kids,” varsity coach Eliza Krichner said.

The cheer team normally celebrates the end of the season in traditional banquet style, where each athlete brings food pot-luck style. However, planners made changes this year to make it a more pandemic-friendly gathering.

“We normally have food and…get to eat first,” Kirchner said. “But [this year] it’s just sports awards instead so we have a time to recognize each athlete and our seniors one last time.”

During the event, each captain was called out to nominate an athlete of each team for various categories, such as “most improved” and “most valuable.” Hosts also distributed paper plate awards, where athletes were rewarded for qualities such as “most flexible” and “best smile.” On top of these awards, seniors were given a special certificate for them to remember their team.

“It’s our last time with our seniors so it can get a little emotional sometimes,” Kennedy said.

In addition to the awards, Kirchner presented a special speech to the cheerleaders and varsity team as a whole, who won second place in districts and secured a spot for regionals.

“I’m proud of every one of you and I won’t be able to watch your competition video without crying,” Kirchner said. “We had a good showing at regionals and it’s only going up from here. The future is very bright.”

The Highlander cheerleaders concluded their 2021 season in a bright spot and are already looking forward to next year.

“I do ballet as well, so this sport was my first kind of team bonding,” varsity cheerleader Ava Farivar said. “I met amazing people. These people are my family and I will definitely do it next year.”

The cheer community is a close-knit group that welcomes students of all levels, even those new to the sport. Tryouts, normally held during August, are open to anyone interested and who share a common interest of cheer.

“You don’t just sign up to have a uniform and pom poms, it’s also a great way to meet girls and guys who are interested in something that you are passionate about,” Kennedy said. “We’re all very positive people and match the same energy, which is what I’m going to miss.”