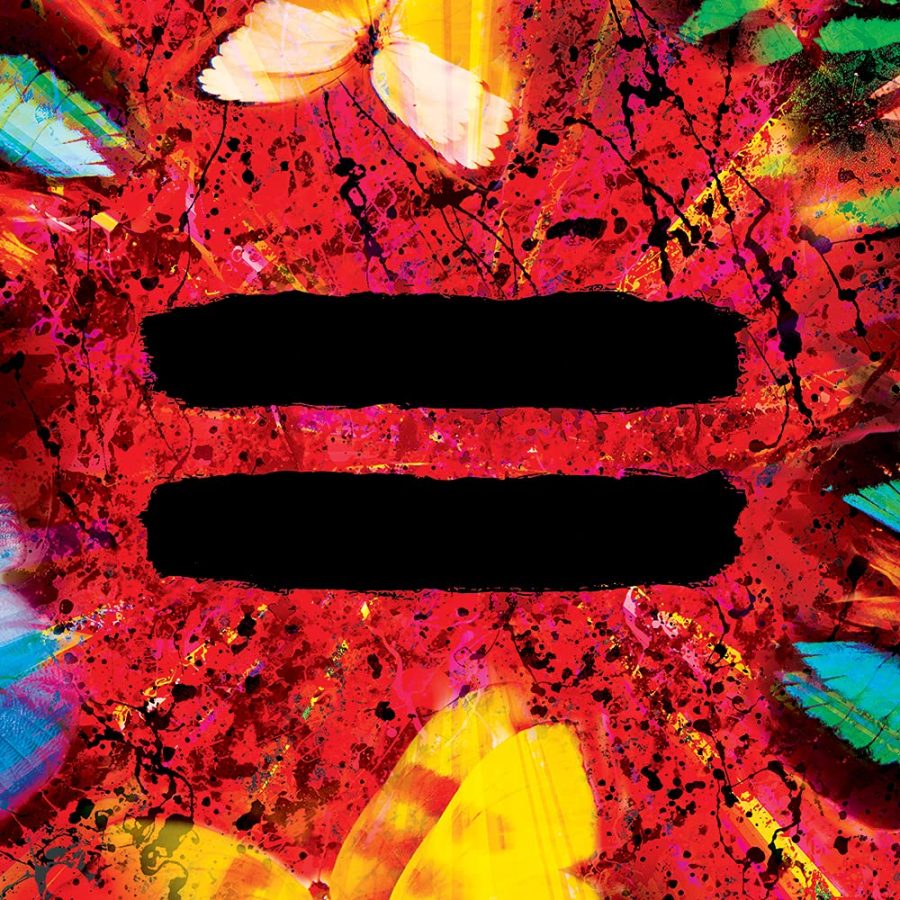 Ed Sheeran has now dropped his fourth solo album called Equals on October 29th, 2021. One song could be a ballad that has a significant meaning, and yet another song could be a high tempo, ecstatic thriller pitch.  The diversity throughout the discography in the album is what really is most fascinating.

The album is especially significant because since his last album, Sheeran has become a father, and experienced loss and marriage, which is emphasized in some of the symbolism in this album.

The album starts off with a song titled “Tides”. Personally, I was intrigued how Sheeran decided to start off with a more lively song due to the title sounding more relaxing and calm, and my expectation that the album will start off serene and slow. The song, even at the start, was very uplifting. The first opening verse of the song, “I have grown up, I am a father now”, displays how since his last album came out, he has matured as a person and grown to where he is now the father of a kid.

The song titled “First Times” didn’t really have my attention at first. It was the first song that had a melancholy tune to it. As I kept listening however, with a guitar instrumental by Sheeran, the song was unique and added diversity to the album. It was also interesting when Sheeran said, “Ain’t it funny how the simplest things in life can make a man?”.

“Overpass Graffiti” also struck my attention. The song had a very 80s/90s disco theme to it. It was something unexpected and actually had me hooked onto the song even at the very start. Overall, I would definitely have to say that this was my personal favorite song in the album. This makes a lot of sense considering it’s one of the most-played songs so far.

Even after a pumped-up and disco-themed song, the next one immediately transitions into a gloomy, somber song called The Joker and the Queen. It supports Ed Sheeran’s theme of constructing albums with diverse tones for every song. Personally, I thought it was a pretty average song; I don’t really like melancholy songs, but I can understand how someone else might.

Afterwards, I came across 2step. It starts with an upbeat guitar tune, which hooked me in, and Sheeran singing at a much faster pace than normal. I thought the beat and lyrics matched perfectly, making this one of the best songs in the album. It had me hooked in the first 10 seconds.

The album ends off with the song Be Right Now, and it initially had a very upbeat tempo. However, Sheeran’s singing isn’t fast-paced, but has a more poetic and ballad-esque tempo. A major theme of this song was also his fatherhood and how much he loves it while saying that “he never wants to miss a day”. Overall, this song had me nodding my head back and forth.

In conclusion, I was actually surprised that not many people were talking about this album. The diversity in tones throughout the song regarding how it can go from joyful to depressing was fascinating. I also thought Sheeran’s verses were not just him throwing words around, but they had specific metaphors and symbolism relating to his life. At the end of the day, I would definitely recommend this album and give it a 8.5/10.