Senior Cab Fooshe takes on the sole role to represent McLean at the Golf State Tournament, placing 24th out of 60th 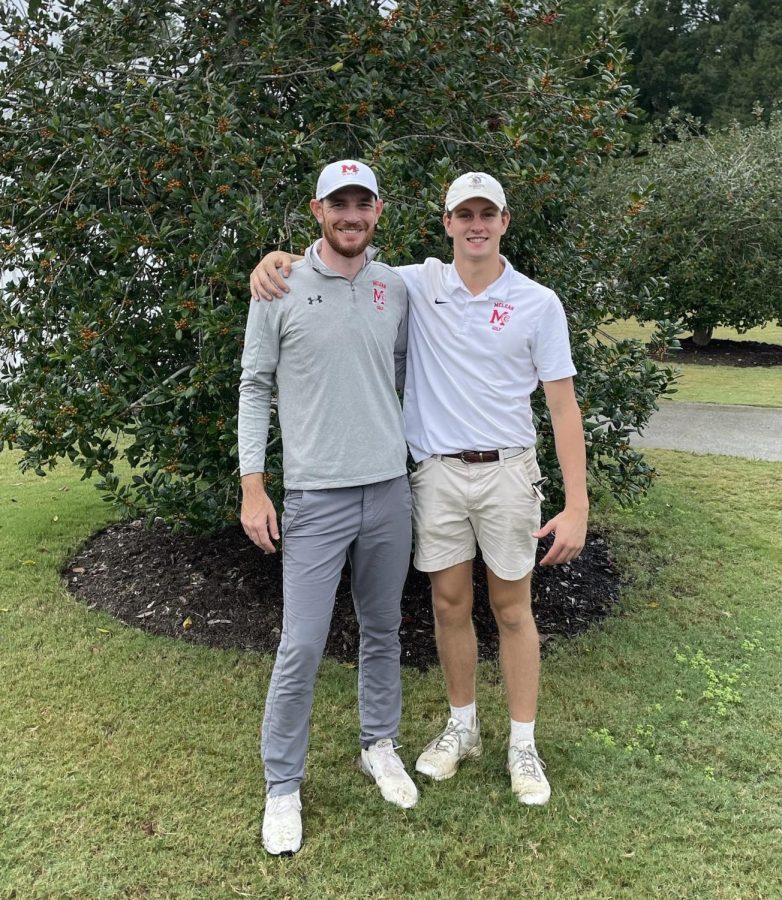 After battling it out during the golf season, senior Cab Fooshe became the only player to represent McLean at the VHSL State Tournament. Held in Williamsburg on October 12th, Fooshe challenged Virginia’s elite golfers over the course of 18 holes.

The week earlier, Fooshe attended the Regional Tournament at Algonkian Regional Park where he also individually represented the team. Leading up to Regionals, selected players accompanied Fooshe at the District Tournament but were unable to progress further.

“The first day was rough for everyone,” Fooshe said. “We had high hopes of going out there and shooting good scores but unfortunately we weren’t able to do that as a team.”

Although the remaining McLean players weren’t able to advance with Fooshe to Regionals and States, they cheered him on from home.

“The whole team wanted to be with Cab in Williamsburg, but we kept up our spirit and support from McLean,” teammate Michael Wang said. “The NOVA area is tough to play against so we all hoped he would do well.”

Playing at the Williamsburg National Golf Club, Fooshe and Varsity Coach Ryan Abrams familiarized themselves with the course prior to the day of the Tournament, making note of particular aspects of the terrain that would affect Fooshe’s game.

“We went over what clubs to hit and read the greens,” Fooshe said. “The [course] has Bermuda grass which appears bent, so that changed things a little.”

Once he arrived at the Tournament, Fooshe was met with hefty competition from around the state.

“It was pretty insane,” Fooshe said. “A player from Fairfax High School shot seven under and a Langley kid, who is committed to Vanderbilt, shot five under.”

Despite his fierce competition, Fooshe persevered, and was even able to enjoy himself on the course.

“Coach helped me on the range and we just had a lot of fun,” Fooshe said. “I was 1-under through 8 and then just made a few bad swings, but ended up shooting 77.”

Fooshe ended up at the top end of the players there, placing 24th out of 60th.

“I was excited to go out there and represent McLean,” Fooshe said. “I just wanted to put us on the map a little bit and hopefully paved the way for others in the future.”