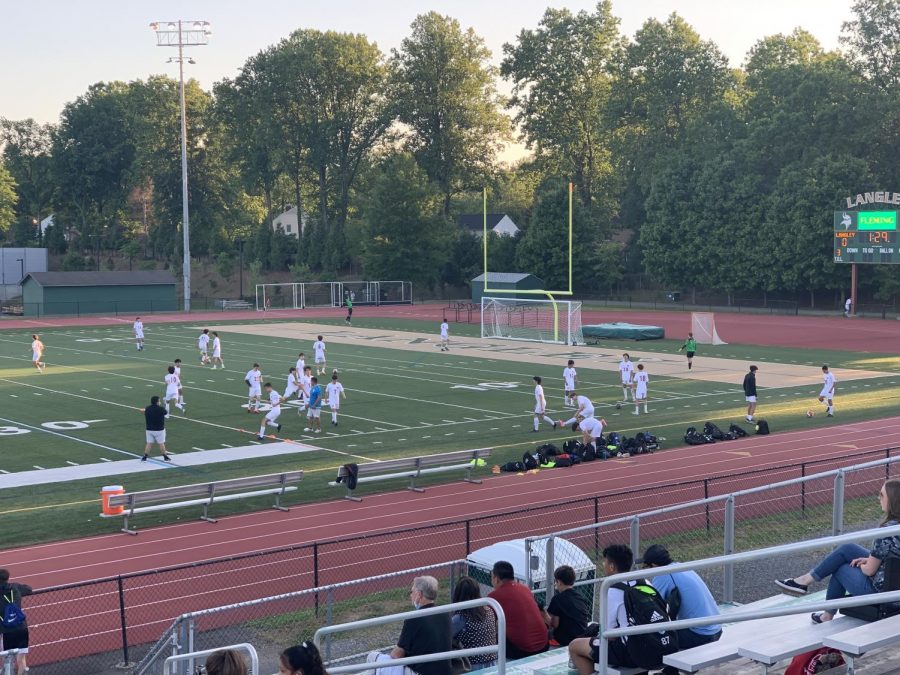 The Highlander boys soccer team faced the Langley Saxons on May 18. McLean’s team headed into the game with a season record of 2-3-1. But the action-packed game still ended in a devastating loss for McLean.

“We had a good shot to win, but the refs called some really bad calls which prevented us from scoring and potentially winning the game,” junior Michaela Aka said.

McLean fans cheered as senior Adam Kunz and [grade] [first name] McCowan made the game 3-2 with 20 minutes left. But their hope for a possible comeback fell short after referees called more fouls against McLean, hindering any chances of a 3-3 tie.

“It was super annoying when the refs were giving [the other school] better calls than us, because if the refs were fair I truly think we would have won the game,” sophomore varsity striker Gage Lyons said.

The referees started calling fouls against McLean with 15 minutes left in the game. Langley was able to end the game with a penalty kick, which made the score 4-2.

“I was really disappointed that we lost because Langley and McLean had a huge rivalry, and because we won the last game against them and losing today was really annoying,” Lyon said.

Tension between the two teams heightened as McLean started tackling their opponents, which led to several team members receiving a yellow card. After the game, players from both sides yelled and argued in the middle of the field.

“The tension between the two teams was really high at the end of the game,” Aka said. “Some players started playing really aggressively, which ended with them fighting after the game was over.”