It is crucial to get rid of unjust executions 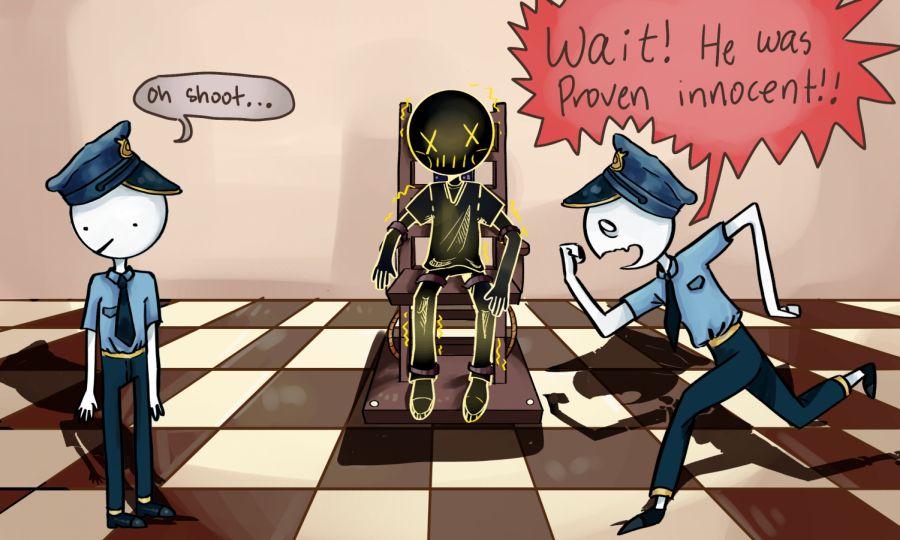 Capital punishment: noun, the legal killing of someone based on outdated and barbaric ideas, which oddly still occurs in the modern 21st century.

While most western countries have gotten the memo to abolish the death penalty, the U.S. has decided that executing people for their crimes is an appropriate way to serve justice.

Virginia, a state with one of the highest execution rates, recently abolished capital punishment on March. 24, becoming the first southern state to do so. This shines a light on the need to eliminate the death penalty at the federal level due to its inhumane and archaic nature.

The death penalty was first established in the 18th century BC, in the Code of Hammurabi of Babylon, which mandated the death penalty for 25 different crimes. As centuries passed, various countries established codes of law that also punished severe crimes with execution.

“[The death penalty] was historically practiced in Great Britain and brought over to the American colonies by colonists in the 1600s, and encompassed a broad scope of accused crimes from stealing to murder,” social studies teacher Amanda Williams said.

Capital punishment was introduced to the U.S. in a time period in which it was common. In the past few decades, many western countries have made the decision to ban the death penalty, moving away from these outdated laws.

While it is of common consent that killing other human beings is wrong, it is hypocritical that murder is deemed unjust, but is then justified when it takes the form of the government executing someone for their misconduct.

It is immoral to execute someone for their crimes, no matter how severe. It is ineffective and counterproductive to jump to executing someone, instead of letting them live their life out in prison.

“I think it is more fair for people, however heinous the crime is, to get a sort of second chance at living their life,” senior Anahit Hovsepyan said.  “Long term rehabilitation in prison to fix their behavior, to see if they can fix themselves, would be better.”

At the end of the day, the only outcome brought by capital punishment is the loss of a life. Executions aren’t a productive use of the government’s time due to the immense amount of money spent on an action that lacks useful results.

“Killing someone for a crime they committed won’t undo their crime and it won’t bring justice,” junior Leah Siegel said.

“There is definitely minimal deterrence [of crime] because when you look at countries without the death penalty, their crime rates are lower than in the U.S. They have other systems put in place that deter poverty which then deters crime,” Siegel said.

Many supporters of capital punishment believe that those who are involved in extreme and wrongful crimes, such as murder, deserve to be killed. However, they fail to take into consideration that many people who are put on death row are later found to be innocent. A recent example of such is with the execution of Brandan Bernard on Dec.10, 2020.

In 1999, Bernard and 5 other gang members were convicted of murdering Todd and Stacie Bagley. Bernard was executed due to lighting the car on fire and killing Stacie. However, new evidence emerged stating that Stacie died from a gunshot wound, prior to the fire. The justice department dismissed the new evidence and went through with the execution.

While Bernard was guilty for participating in the crime, he was innocent in the sense that he didn’t commit the crime that his death row sentence claimed. Nonetheless, Bernard isn’t the only example of an innocent individual put on death row.

“There is a 4% chance that the death penalty convicts are innocent and that 4% chance is far too big for us to consciously allow the death penalty to continue,” Siegel said. “If even one person on death row is innocent, then they should not be killed because that innocent person could be killed for nothing.”

Instead of capital punishment, those who commit crimes terrible enough to earn them a death sentence should live the rest of their lives in prison. The U.S. as a whole needs to move further away from an unethical and outdated system.