A preview of what Super Bowl LV has to offer 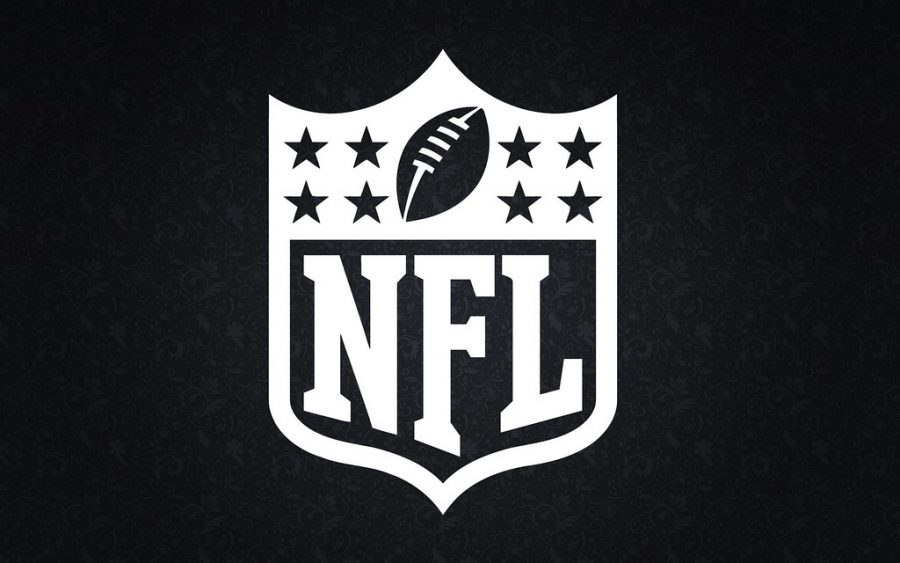 Image obtained via Michael Tipton under a Creative Commons License.

Though a bizarre season, some things never change, and it’s time for playoffs in the National Football League (NFL). Although it was a difficult road to get here because of the coronavirus and schedule changes, the league was still able to get through a full 17-week season. The playoffs have made it through the wildcard, divisional and conference championship rounds, and now all eyes are on the Super Bowl.

Many people think how the NFL handled the season was wrong because of some Covid-19 outbreaks throughout teams, but McLean Spanish teacher and Washington Football Team fan Marco Garcia disagrees.

“I think the NFL did as good a job as they could have done because they were able to have all of the teams play the full schedule,” Garcia said.

Many students at McLean were happy the season happened, like sophomore Jayesh Edwards, who is a Pittsburgh Steelers fan.

“I am really happy they were able to have a season although my team lost; it was still enjoyable, and it maintained that Sunday tradition,” Edwards said.

Regardless of how the season went, the “finale,” so to say, is here. The Tampa Bay Buccaneers are set to play the Kansas City Chiefs this Sunday, on February 7th.

The Chiefs are the favorites to win, as they flew through the regular season, ending with a 14-2 record, the best in the NFL. To reach the Super Bowl, the Chiefs rose to the top of the American Football Conference (AFC) playoffs, taking care of the Cleveland Browns and the Buffalo Bills after a bye week due to being the best team in the AFC.

The Buccaneers had a much more steep hill to climb. They finished 11-5 in the regular season and earned a wildcard in the National Football Conference (NFC) playoffs. Through their run, they faced the Washington Football Team, the New Orleans Saints and the Green Bay Packers.

Both teams are obviously very good, but they are headlined by their starting quarterbacks, who have both been Super Bowl and regular season MVPs.

The Buccaneers are led by 43 year old Tom Brady, making his 10th Super Bowl appearance in his first season after leaving the New England Patriots

The Chiefs have 25 year old Patrick Mahomes taking them to a second straight Super Bowl, after they defeated the 49ers 31-20 last year.

Students and teachers here at McLean are all placing their bets as to who will win the big game, all with their own reasons as to why.

Some people favor the Buccaneers, as they see Tom Brady aiming for his 7th Super Bowl ring.

“I think Brady is going to get another win, and he is gonna be the one to carry [the Buccaneers] team to a championship.” Garcia said.

“I have been a Patriots fan all my life so seeing Tom Brady play somewhere else is weird, but you can never bet against the G.O.A.T.” sophomore Harrison Crawford said.

Others favor the Chiefs, as they see them picking up consecutive Super Bowl titles.

“The Chiefs are definitely gonna win and go back to back; Patrick Mahomes is the best player in the NFL right now.” Edwards said. 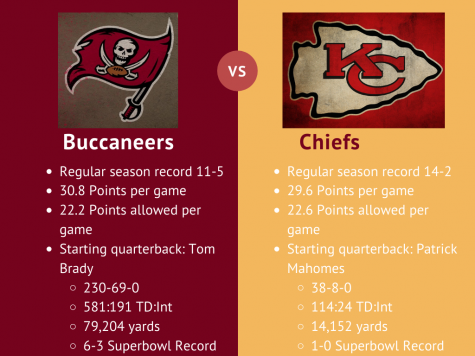 Super Bowl LV will be this Sunday, with millions expected to tune in. The game is in high anticipation, with its star-studded QB matchup of Brady V. Mahomes. Images obtained via Charlie Lyons-Pardue under a Creative Commons License.