Among Us is among us 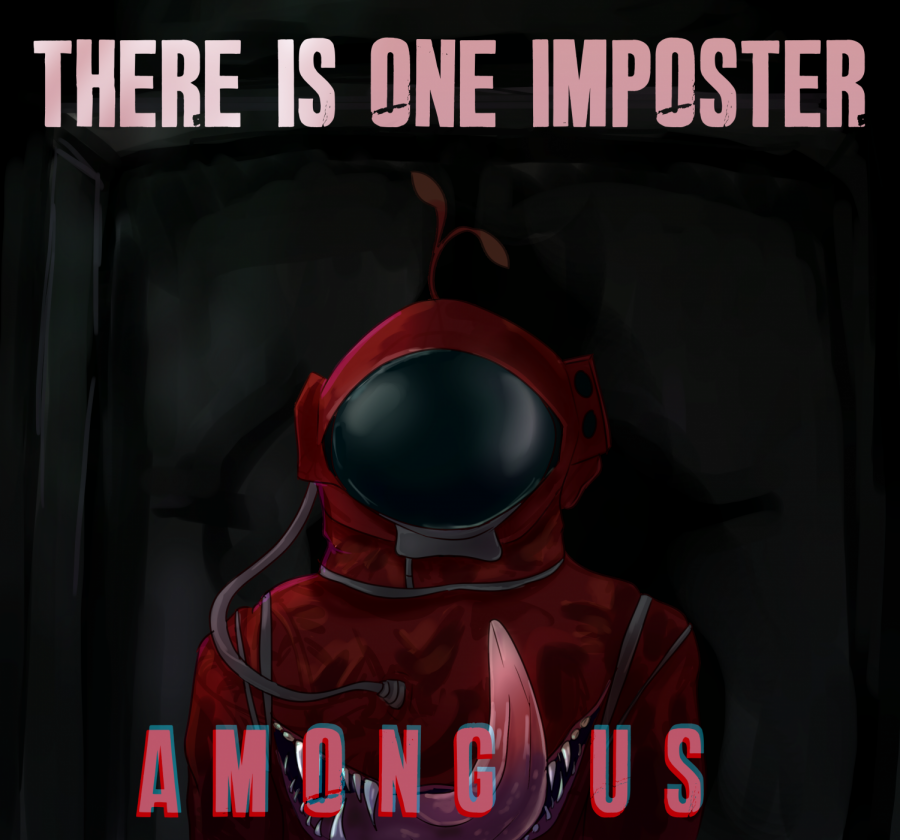 THERE IS ONE IMPOSTER AMONG US - The imposter's job is to sabotage the mission. The crewmates must gather clues to identify them. (Illustration By Jayne Ogilvie-Russell)

You’re the imposter. Your job: to sabotage and kill all the crewmates on board. At the same time, everyone else is teaming up to reveal your true identity to save the integrity of their mission.

Released in 2018, InnerSloth’s Among Us was met with decent reviews but didn’t receive the attention its developers had hoped for. Fast forward to quarantine, and gamers worldwide were in search of the next Fortnite. Then, in the span of a couple days, Among Us sky-rocketed in popularity as a strategy-oriented multiplayer PC and mobile game.

In a space-themed setting, Among Us players are sent on a mission. Divided between crewmates and imposters, the job of the crewmates is to complete their list of tasks and gather hints to identify the imposters. If they have an idea of who the imposter is, they can call an emergency meeting, where players are returned to the center of the map to discuss.

Similarly, if a dead body is found, the player who stumbled upon it may report it, resulting in another meeting. In these meetings, players vote on who they believe the imposter is. The person with the most votes is kicked from the ship, no matter if they are the imposter or not. If no one has an idea of who the imposter might be, voting can be skipped until next round.

The free app is played in groups of up to 10 people and utilizes communication skills of players. If someone is accused during a meeting, they must try to prove their innocence by providing a description of their actions during the previous round. If an alibi doesn’t hold strong, the other players in the lobby may find it reasonable to vote that person out, assuming that they are the imposter. This occurs after every round until either the imposter is voted out or the imposter sabotages the mission by killing all the crewmates.

“When I’m accused as the imposter, all thoughts and reasoning go out the window,” junior Simal Mann said. “When I get put on the spot, I feel a lot of pressure which almost always results in me not being able to stand up for myself. I get voted out because of it.”

Because McLean students are able to choose between public and private servers, they bought into the hype, sending game codes to their friends. Among Us immediately burst onto the McLean High School scene, as students even played in between classes.

“I play during breaks in between classes and during lunch with my friends,” senior Ellie Gerston said. “I usually Facetime my friends while I play it.”

For many, Among Us has provided a means to reconnect with peers who have been separated as a result of the COVID-19 pandemic. McLean students, like others around the country, took advantage of the game’s accessibility to connect in a creative way.

Though often played during school hours, Among Us hasn’t taken away student focus towards academics. Many tend to play after they complete their asynchronous work or finish breakout group discussions.

“If we complete our work ahead of schedule, sometimes we play the mobile game and spread the game code in the Blackboard Collaborate chat so we can all play together,” senior Andy Min said.

With the potential return to school still months away, the game will continue to serve as a source of entertainment and connectivity for students.

“Among Us provides a fun interactive experience online where friends can communicate with each other and just enjoy the game together,” Min said.