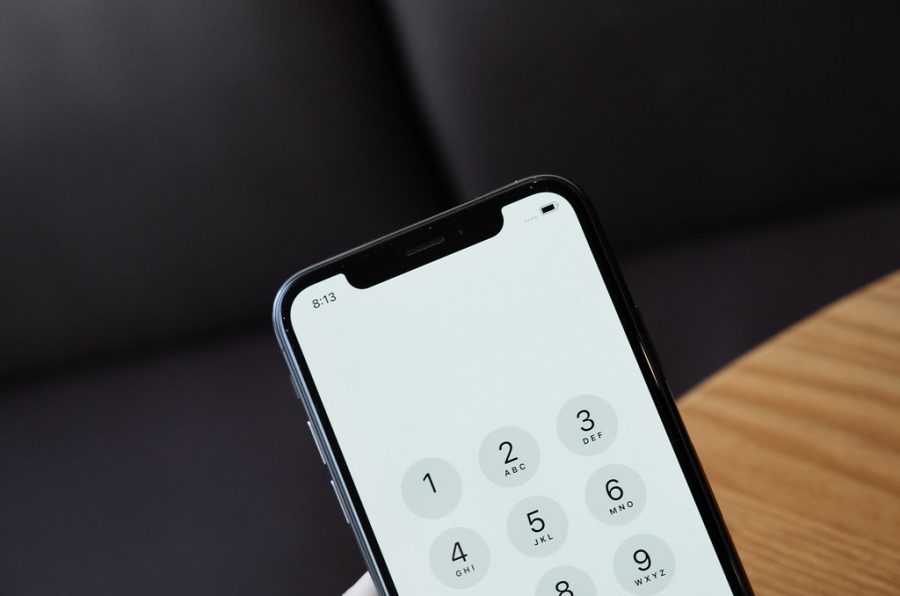 An iPhone is shown with the phone number keypad on the screen. The iPhones unveiled today mark a major improvement in Apple's lineup. (Picture obtained via Creative Commons)

Apple unveiled the iPhone 12 today, and it marks a steady improvement in their lineup of advanced smartphones.

Along with the new boxy form factor, their newest phones offer 5G connectivity for the first time and offer performance improvements with the new A14 chip and implementation of their Super Retina XDR displays. The Pro line also saw major improvements, including a professional camera software coupled with the inclusion of a LiDAR (light detection and ranging) for better depth-sensing and augmented reality capabilities. Apple also released a new smart speaker: HomePod Mini.

The iPhone 12 is one of the biggest leaps for the iPhone lineup in a long time. They introduced 5G support for the first time, and the A14 Bionic chip is best-in-class in terms of speed and performance. The Super Retina XDR display combined with a larger 6.1 inch display offers rich and vibrant colors. It will release on October 23, and will start at $799. You can grab it in white, black, blue, green or red.

A surprise addition to the iPhone lineup is the iPhone 12 mini. It packs all the same features as the iPhone 12 in a much more compact design, containing a 5.4 inch OLED display. It will launch on Nov. 13 and start at $699.

This year, Apple put major emphasis in their camera suite, and that is shown in the new iPhone 12 Pro and iPhone 12 Pro Max. They feature new professional-grade triple camera setups with many new software features for photographers. It will also launch on Nov. 13 and start at $999 and $1099 respectively. Apart from the traditional graphite (space gray), silver and gold colors, be on the lookout for the new pacific blue.

“My favorite announcement was about the new iPhone 12 Pro,” junior Paurav Kananur said. “I think it’s interesting that the phone has a LiDAR sensor, which is used for augmented reality.”

The Pacific Blue iPhone 12 is a thing of beauty. 🤩

Which iPhone are you guys looking at getting this year? #iphone12 https://t.co/fXHprDpUcY pic.twitter.com/qGWbeot4CP

Steering away from smartphones, Apple also unveiled a new speaker, the HomePod Mini. It serves as a smarter and more refined version of Apple’s current HomePod, promising exceptional audio quality, advanced Siri integration, many new smart home features. It will release on Nov. 16 for just $99, in space gray and white.

“I am really interested in the HomePod Mini,” Kananur said. “I think its announcement was a little unexpected given that there wasn’t too much talk about it in prior weeks, unlike the new iPhones.”

Along with iPhones and music, Apple unveiled MagSafe, a new series of magnetic accessories. These accessories include wireless chargers, cases, and case add-ons. the new MagSafe wallet magnetically attaches to the back of a MagSafe case, and the MagSafe Dual Charger allows you to wirelessly charge two Apple devices at once.

Additionally, Apple also announced that they will no longer be providing EarPods and power adapters in iPhone boxes, in an effort to improve sustainability and create slimmer packaging for their phones.

Overall, Apple’s event today was pretty successful, as they introduced several new advanced phones to fit the needs of anyone. Coupled with their relatively inexpensive speaker, Apple has set themselves up perfectly for the holidays.

“My final impression of the event was that as usual, Apple was able to successfully introduce us to new, innovative technology,” Kananur said.