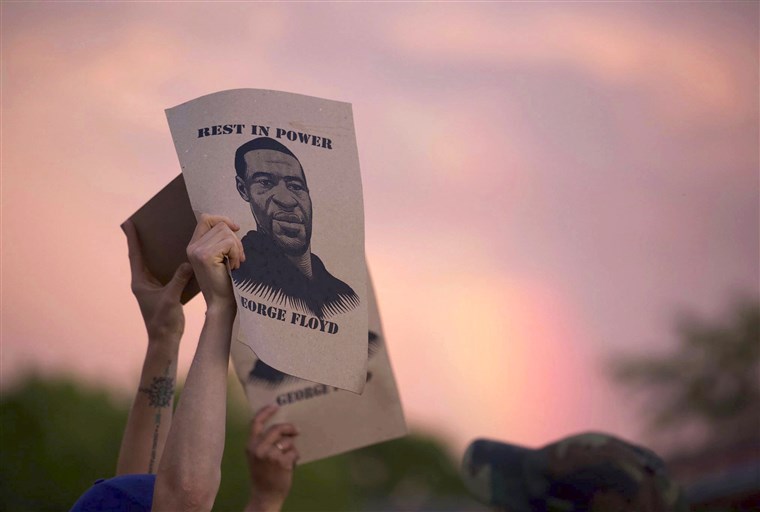 On May 25th, a 46-year-old African American man by the name George Floyd was stopped by Minneapolis police. The officers were dispatched to Floyd’s location in response to a call suggesting that he was committing forgery, which was later proven to be false. Floyd was simply writing a valid check for twenty dollars.

When the officers arrived at the scene, they were greeted by Floyd, who was sitting on top of a blue car. The police would later claim Floyd appeared to be under the influence.

The head of the Minneapolis police department informed the public that the officers ordered Floyd to exit the vehicle, which resulted in the man “physically resisting” orders, even though Floyd stepped out of the car immediately after the police instructed him to. The police then handcuffed Floyd, restraining him from causing any wrongdoing. At this point, he posed no threat to the officers responding to the situation.

The police declared that Floyd was suffering some sort of medical distress, and called an ambulance shortly after his arrest. The events that followed were nothing short of law enforcement abusing their power.

As police waited for the ambulance to arrive, one officer felt the need to inflict further harm on Floyd, kneeling on his neck as the man laid helplessly on the ground. With the little oxygen Floyd had left, he pleaded for his life, telling the officer strangling him that he could not breathe.

Officer Derek Chauvin did not listen, and continued to apply pressure to the handcuffed man’s neck for more than eight minutes. All this despite nearby bystanders pleading for the Chauvin to check Floyd’s pulse. Blood dripped from his nose, his body lying still in the pavement.

When the ambulance arrived at the scene, Floyd was already dead. The officer who kneeled on the man’s neck killed him. When Floyd was loaded onto a stretcher and taken to the hospital, the police tried to rule his death as a result of medical issues, ignoring the fact that one of their own was responsible.

Luckily, bystanders and nearby cameras were able to catch footage of the altercation. This footage has been circulating through social media, causing reasonable outrage in the Black Lives Matter community.

Situations like Floyd’s are nothing new in our country. It seems that every week, an innocent African American is targeted by law enforcement, or is threatened by an entitled civilian calling the police.

Just last week, a white female by the name Amy Cooper called the police after an African American birdwatcher politely asked her to leash her dog, as she was disobeying the park rules. Amy told the 911 responder that an “African American man was threatening her.”

Luckily, Americans have not been silent about the injustice that marginalized groups face at the hands of the police. Recent protests have caught the president’s attention, as Trump recently tweeted that the FBI is currently investigating the officers responsible for the tragedy in Minneapolis. Officer Derek Chauvin was arrested yesterday, and charged with third-degree murder and manslaughter.