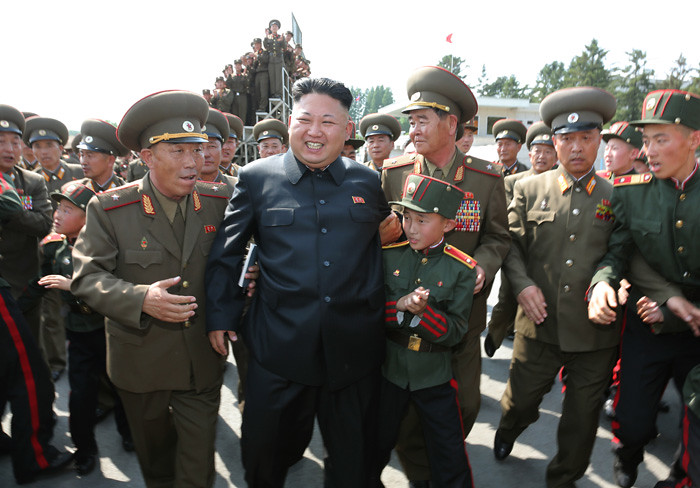 After three weeks, Kim Jong-Un was re spotted in the public on Friday May 1. [Obtained via Creative Commons]

Kim Jong-Un, the leader of North Korea, made his first public appearance on Friday, May 1st, after a series of health rumors detailing deadly aftereffects of his supposed heart surgery.

He had last appeared publicly on April 11 and was seen at a factory ceremony in the North Korean city of Sunchon, after three weeks of swirling health rumors.

A US health professional told North Korean news outlets that the mark on his right wrist could be from a possible cardiovascular procedure, most likely a right radial artery puncture.

Rumors started to explode when Jong-Un reportedly underwent a stent operation in April, and further swirled when China sent medical examiners to help him.

As rumors circulated about his worsening health condition, there were many reports claiming Kim Jong-Un to be in a vegetative state and possibly dead.

“I think that this is a scandal by the North Korean government for some unknown reason,” sophomore Zacharia Hasan said.

Jong-Un’s family has a history of heart troubles, as both, his dad and granddad died of heart attacks. He also weighs nearly 300 pounds and is a known chain smoker.

Footage from Friday, May 1st shows Jong-Un happy and smiling, as he walked with the likely successor of North Korea, his younger sister, Kim Yo-Jong.

According to the New York Post, a clear wrist mark was noticeable. However, according to Fox News, Kim Jong-Un never underwent surgery. Now, many major news outlets are itching for answers as to whether or not Jong-un underwent surgery, and even if he was ill at all.

“I think his sickness was fake, as it is impossible to recover that fast,” Hasan said. “For that reason, I do not think he had surgery.”