Coronavirus tracking to be built into iOS and Android

Apple and Google are building coronavirus tracking into their operating systems 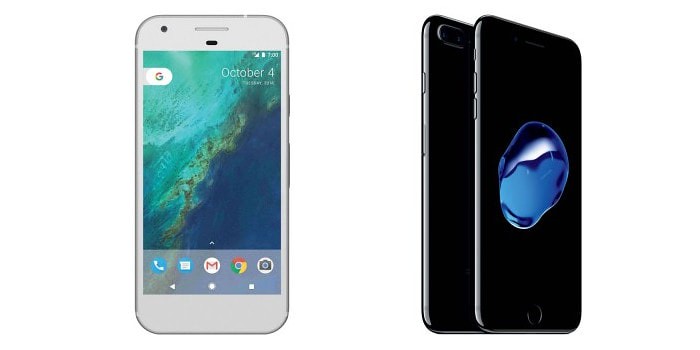 Apple and Google have partnered up to track COVID-19. (Obtained via Creative Commons)

On Friday April 10, Apple and Google announced their partnership and plans to develop a system dedicated to the tracking of coronavirus. In this plan, users would share data through Bluetooth Low Energy (BLE) transmissions and other approved apps from reputable health organizations.

This new system would use short-range Bluetooth signals to potentially establish a contact-tracing system, allowing the obtainment of data in phones that have been close to each other. Through their apps, official public health authorities would get access to this data, and see if users have reported the contraction of COVID-19. This system will also alert users as to whether or not they have been in close contact with an infected person.

Apple and Google are working together on a Bluetooth-based framework that will enable #Covid19 contact-tracing without compromising location privacy.

Here’s how it might work: https://t.co/NfNYV34Lu0
📷: Courtesy of Google pic.twitter.com/O8dPKufnLu

“I think that using an Apple or Google tracking system during the pandemic is going to be very helpful,” junior Chris Kang said. “It’s a smart way to make use of current technology, and obviously only tech giants like Apple and Google can do it.”

Trials will start in mid-May, when the two tech giants will ensure that health officials can get access to accurate and informative data, prompting early users for contact-tracing agreements.

This system of contact-tracing is one of the most promising solutions in the COVID-19 battle, collecting data on how many people contracted the virus and how rapidly its spreading. However, the method used to implement this system, digital surveillance, raises a lot of privacy concerns.

Contact tracing can help slow the spread of COVID-19 and can be done without compromising user privacy. We’re working with @sundarpichai & @Google to help health officials harness Bluetooth technology in a way that also respects transparency & consent. https://t.co/94XlbmaGZV

The American Civil Liberties Union (ACLU) released a statement on April 8, detailing that any system should be limited in terms of data tracking, in order to protect the privacy of users.

“At the same time, location data contains an enormously invasive and personal set of information about each of us, with the potential to reveal such things as people’s social, sexual, religious, and political associations. The potential for invasions of privacy, abuse, and stigmatization is enormous,” the ACLU said in their statement. “Any uses of such data should be temporary, restricted to public health agencies and purposes, and should make the greatest possible use of available techniques that allow for privacy and anonymity to be protected, even as the data is used.”

In order to protect privacy, the system takes steps to ensure that important data is not accessible. While information is regularly sent out over Bluetooth, the identity is inaccessible, as the information is protected by an encrypted key that changes every 15 minutes. The two tech giants also plan to stop use of this system when this pandemic ends.

“Obviously privacy is a huge concern, but because everyone should stay at home anyway, it shouldn’t be a problem. We would just have to make sure that when the pandemic dies down, Apple and Google agree to completely shut down the tracker,” Kang said.

Apple and Google are aiming to develop an effective way to combat COVID-19, but there are some problems that could arise. For example, it could flag people in close rooms, who are not actually sharing space with one another, causing unnecessary tensions. It also does not account for the amount of time spent with a person who has contracted the virus. For example, it is unable to differentiate between spending the whole day with someone or just walking past them.

The system is still in its development stage, as both Apple and Google are still in contact with health organizations, discussing the most effective implementations. If constructively used, this system has the potential to be the breakthrough needed to fight off COVID-19.