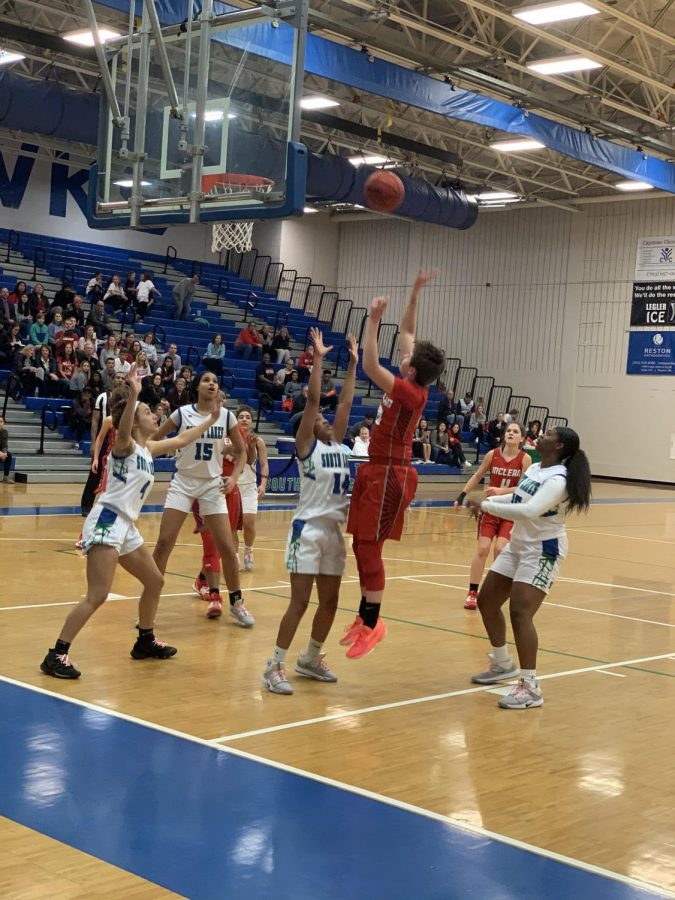 “It was a great honor to be named Regional Player of Year but one I would have not gotten without the constant support of my teammates and coaches. Without them making me look good in games and putting in the work everyday at practice, that award would not have been possible,” Dufrane said.

The award was well deserved as Dufrane ran up the numbers this year, leading her team in scoring with 19.4 points per game. She hit 130 total field goals this season with 62 of them being three pointers. Dufrane shot outstandingly from the line making 79% of her free throws. She racked up 98 assists this season which ranked her at 10th in the Washington area for girl’s basketball. Unfortunately, even with these incredible stats, the team’s season was cut short in a loss to Madison in the regional semifinals.

“We didn’t reach every goal we set out to reach during the season but we were still able to accomplish a lot. Winning a regional game, making it to the district championship game, and beating Langley for the rotary cup were all major goals for our team that we were able to accomplish. So even though our season was cut short, we played our hearts out until the end and that’s all you can ever ask for from a team,” Dufrane said.

Even though they lost, her leadership is demonstrated through an emphasis on having fun and staying positive.

“What I enjoy most about playing basketball for McLean is the opportunity to play with girls who genuinely love to play the game of basketball and also know how to have fun while still being focused on the task at hand,” Dufrane said.

Now as Dufrane moves on to play Division I basketball for Drexel University, she aims to continue to work hard and “let [her] game do the talking”.

“My senior season was one for the record books, literally and figuratively,” Dufrane said. “Being able to achieve everything I did with such a special team, I couldn’t have asked for a better final year.”