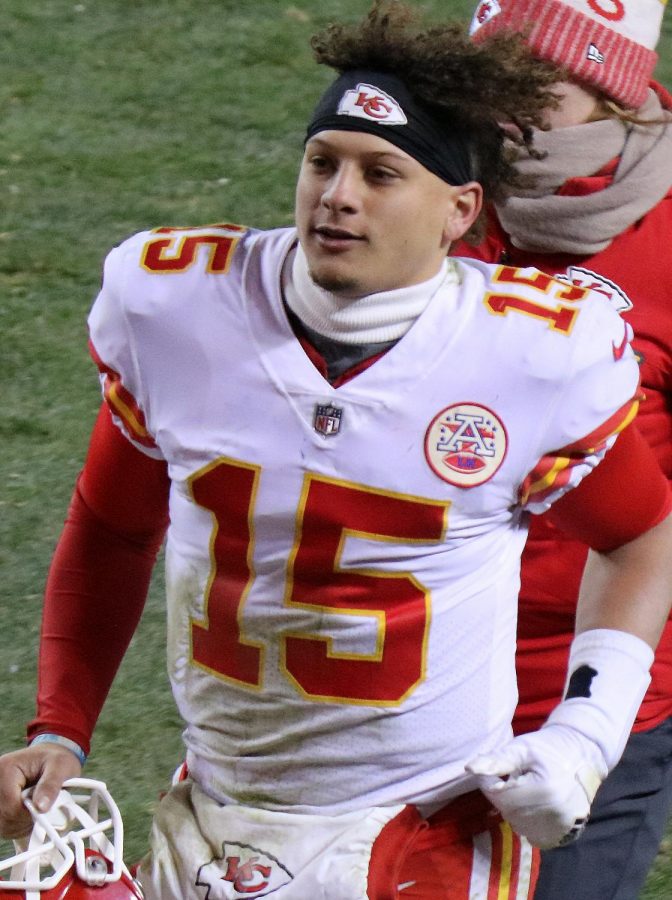 Patrick Mahomes, the quarterback of the Kansas City Chiefs, was named MVP of Super Bowl LIV. (photo obtained via google images under a creative commons license.)

Nearly one year removed from one of the worst events to ever be witnessed on live television, the sports world looked on as Super Bowl LIV kicked off between the San Francisco 49ers and the Kansas City Chiefs, both of whom were looking for their first Super Bowl title in decades.

“It was definitely a pretty rewarding feeling to be back in the big game because I feel like we’ve been slept on a lot the last few years and coming off such a bad season it was just so remarkable to see how far we’d come,” senior and 49ers fan Benjamin Hacker said.

Not to be disappointed, three drives in, the Chiefs took the lead 7-3 after a Mahomes rushing touchdown. Shortly after, in the second quarter, a Jimmy Garoppolo pass gave San Francisco the lead. The 15-yard toss was the first passing touchdown since Super Bowl LII, two years previously. The now 10-10 score also surpassed the total from the entire game last year which had just 16 combined points.

The 49ers had two convincing drives in the third quarter to stretch the lead to ten, and fans began to feel pretty confident in their team.

“I definitely felt good but I knew it wasn’t over and I’d seen too much Mahomes magic to think we’d get away with coming off the gas,” Hacker said. “I was really excited because we were playing well and I know deep down we were the better team so it was great seeing that displayed on the field.”

However, Patrick Mahomes had a history in the playoffs. In the Divisional Game against Deshaun Watson and the Houston Texans, the Chiefs fell behind 24-0, and all hope seemed lost. With a sputtering offense, the Chiefs season appeared to be coming to an end. Then, Patrick Mahomes decided to flip the script. Mahomes and his team scored an astounding 51 points in the remaining three quarters to stun the Texans, coming back from the largest playoff deficit in franchise history.

To follow that up, Mahomes once again fell behind ten points to the Tennessee Titans in the AFC Championship Game before showcasing his incredible arm and athleticism, leading another comeback, and punching his ticket to the Super Bowl.

Fast forward two weeks, and Mahomes was looking to pull off a comeback once more, this time in order to be crowned world champions.

“I knew that the Chiefs came back in every game leading up to the Super Bowl,” senior Nathan Zhu said. “That’s why I wasn’t too confident even with the 20-10 score line.”

He did so, as the Chiefs scored three fourth quarter touchdowns to complete the comeback and give head coach Andy Reid his first career title.