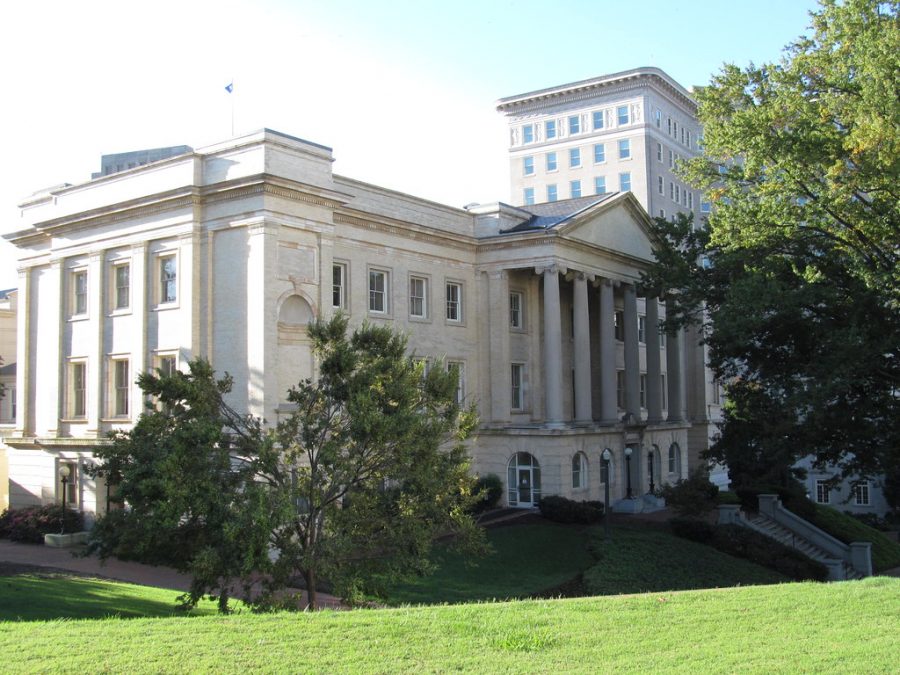 The capitol building of Richmond in Virginia. On Saturday a gun rights protest took place in front of it.

On Monday, hundreds of people gathered in Richmond, Virginia for a pro-gun rights march. People from all over the country protested in front of and around Richmond’s capitol building.

Virginia’s Governor Ralph Northam declared a temporary state of emergency before the march because of claims of violence from white supremacist and nationalist groups. Security in Richmond was on high alert due to a fear of repeating the events of the Unite The Right rally in 2017 that ended up killing one student in Charlottesville, Virginia.

“I’m surprised that many people turned out–but it is southern Virginia,” junior Lilly Can said.

Governor Northam also installed a weapons ban on capitol grounds, meaning protesters had to go through security checks in order to march in front of the capitol building. However, thousands gathered outside grounds and carried a range of weapons including handguns and military style weapons.

Protesters chanted “USA” many times as well as held posters criticizing Virginia’s new democratic majority government’s gun control bills. Since last fall, Virginia became a blue led state in both the House of Delegates and Senate for the first time in 26 years, leading to a significant increase of gun control centered bills being passed by the House and eventually to the Senate.

Even with the entire city on high alert, the protests went without any major incidents and people cooperated with law enforcement, allowing for a calm day.