McLean's Quiz Bowl team moves on to states after winning the regional competition on Jan. 11 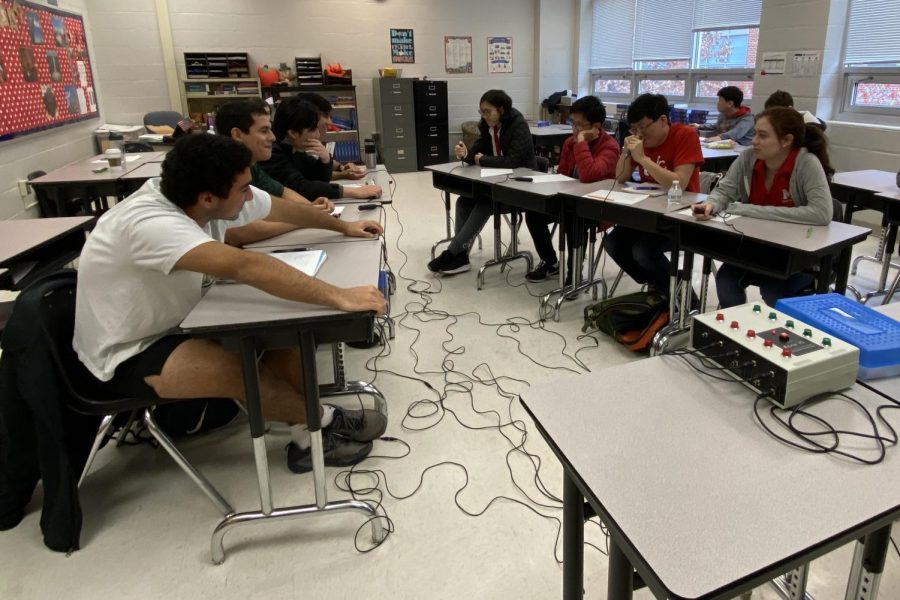 McLean’s quiz bowl team prepares to face off against Langley’s team in the VHSL district competition at Madison High School on Jan. 11.

The McLean quiz bowl team faced off against the top schools in the region on Jan. 11 and came out on top. Now moving onto states, they are preparing for that competition being held on Feb. 29.

Quiz bowl is an after school club specializing in trivia competition.

“In quiz bowl what we do, it’s kind of like Jeopardy, in that the moderator will read out a question and then you buzz him to answer it. As the question goes on, the clues get easier and easier so it’s like trivia,” said sophomore Sam Asimos.

Starting the day off with the district competition, McLean’s quiz bowl team defeated Langley and moved on to regionals, remaining undefeated throughout.

“In our most recent competition, we went undefeated. It was the regional competition, and our matches weren’t that close, but one or two were pretty competitive,” Asimos said.

The team was super excited after winning regionals and were proud of themselves.

“I felt accomplished because I was part of something that won out for the whole region and I was also kind of excited, but also nervous for states,” Asimos said.

After a major win, the team is looking to continue the momentum and win the national competition for McLean.