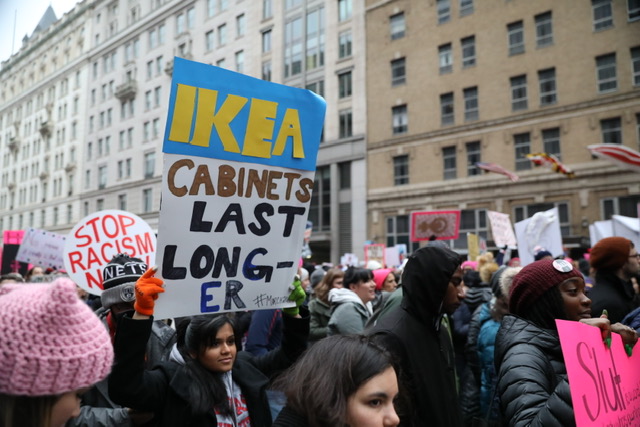 An young adult holds a sign to protest President Trump during the Women's March on Jan. 19, 2019. Recently, adolescents have been playing major roles in social and political movements such as Fridays for Future Climate Strike.

On Dec. 19, 2019, Fairfax County School Board announced that it will allow excused absences for students who wish to engage in civil activism starting on Jan. 27, 2020. The Washington Post and CNN both reported on this new change as one of the firsts in the country.

Fairfax County’s proximity to D.C. has provided a platform for students to express their opinions regarding current political and social issues.

I’m immensely proud that, beginning January 27, 2020, Fairfax County Public Schools will become one of the first school districts in the nation to allow excused absences for civic engagement activities. pic.twitter.com/KvZP9ilqe9

In 2018, lots of McLean High School students participated in the school Walkout for the school shooting incident in Parkland, Florida.

“I believe that by striking I can help represent the voiceless and be active in politics even if I can’t vote,” sophomore Leah Siegel said.

To many civically active students, this change in policy not only relieves their stress by balancing their school work schedule but also allows them to actively engage with current society.

“FCPS granting us an excused absence for civic engagement events uplifts students’ voice and power,” junior Brittany Peng said. “They value our agency and conviction in inciting changes in our country that will impact all of us in the future and allow us to be civic leaders.”