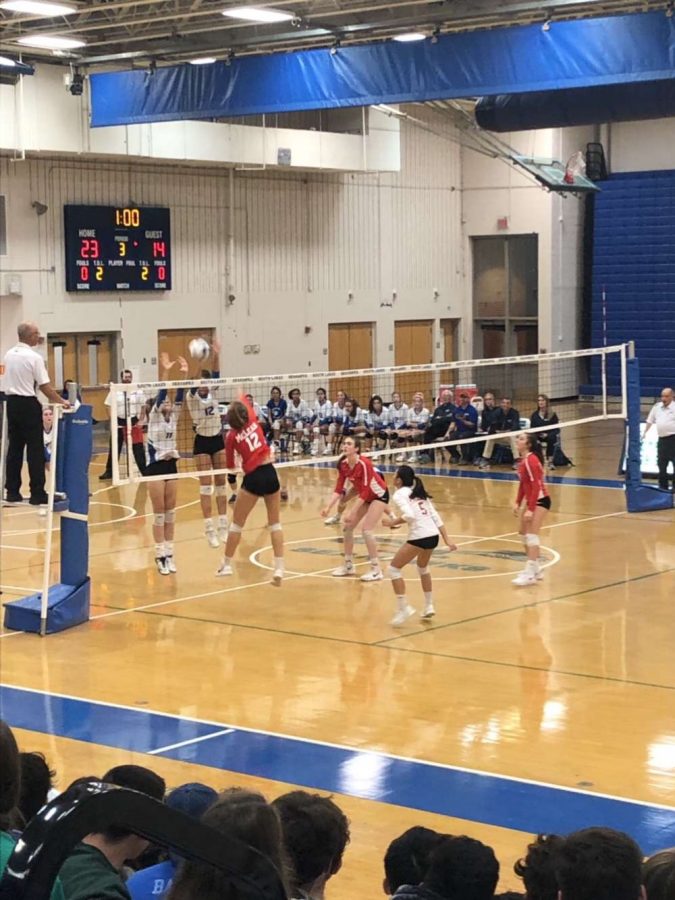 CLOSE ONE - Nicole Mallus hits the ball over the net, scoring a point for the McLean Highlanders. This point brought the Highlanders closer to winning.

Mia Valencic steps up to serve as the crowd watches apprehensively from the bleachers waiting to see what is to come. The ball flies through the air, hit back and forth as the anticipation rises, until finally landing on the floor in front of the McLean players to their dismay.

The regional semifinals on Thursday, Nov. 7, was certainly not a success. They lost three sets consecutively, marking the end of the volleyball season.

On the other hand, they had a successful quarter-final against Westfield High School. Westfield was expected to win, considering the fact that they won their district, and were expected to go far. This game raised their ambitions and hopes for the semi-finals, but they were met with defeat.

“The worst part of all of this was that we lost because we had worked so hard to get there,” sophomore Nicole Mallus said.

Their competition was challenging, but they put in their best efforts.

“We lost to a good team, but I am proud of how good we did and how far we got,” Mallus said.

Good luck to our Volleyball team as they travel to South Lakes tonight in the Regional Semifinal. Game time is 7pm!!