Hands up for ASL 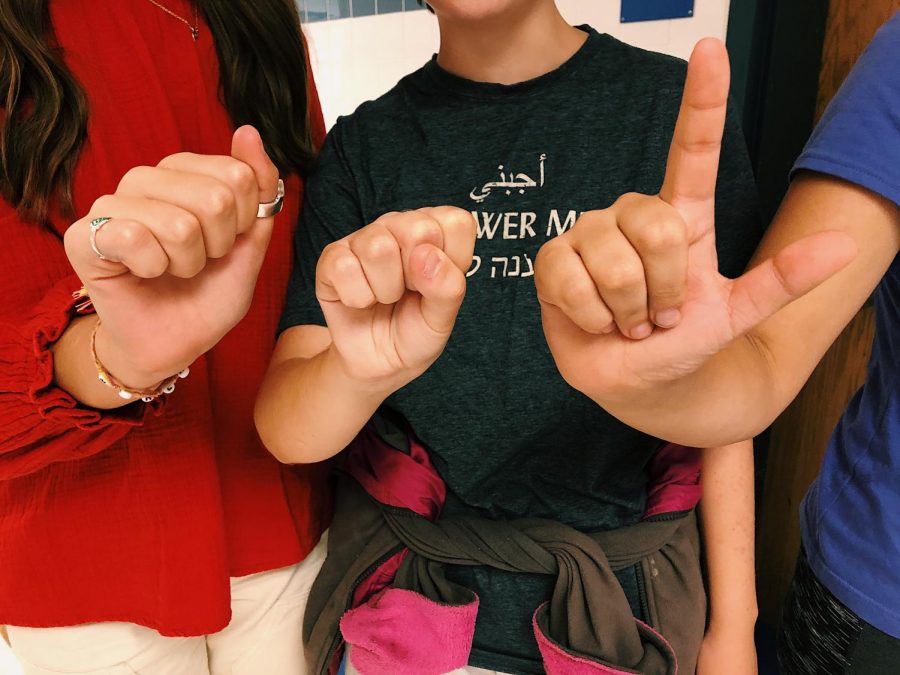 SILENT SIGNS - Three students in ASL 1 pose for a picture holding up the letters A, S and L. "The alphabet is harder to learn than other languages because if you don't sign correctly you could be saying something totally different than what you mean." Sophomore Maren Johnson said.

Before this year, American Sign Language (ASL) was not a class available at McLean. With the new school year came new classes, and ASL is now taught by Principal Dr. Ellen Reilly and English teacher, Heather Bovaird.

The ASL class is offered with levels one, two and three like any other language. There is no active club for ASL, but Reilly may work toward organizing one in the future.

No one knows exactly when sign language began being practiced, but various sources agree that using hand signals to communicate have been around just as long as spoken languages.

“[ASL helps people by] being able to communicate with a wider range of people,” Bovaird said.

Along with these perks comes a lot of other non-essential ones such as being able to communicate across a room, through a window and even underwater.

Sign language differs a lot from all the other languages in the world, therefore it has a completely different learning style.

“For a person who is a visual learner, it works really well for them,” Bovaird said. When learning and teaching sign language it helps to be animated because a lot is displayed through facial expressions.

In all foreign language classes, there is always one thing that is most difficult to teach and learn.

“Fingerspelling is the hardest part of learning ASL because, not only do you have to spell, but then you have to be able to read it,” Bovaird said.

Bovaird is developing strategies to help the students comprehend better. Bovaird said the key to teaching is repetition, like any other class, repetition helps students memorize and collect the information.

Bovaird has been around sign language from an early age because her mother knew people who were hard of hearing. She knew only a little ASL but enough to be able to communicate to an extent.

“When I got to college and was able to take the class, I was just fascinated,” Bovaird said.