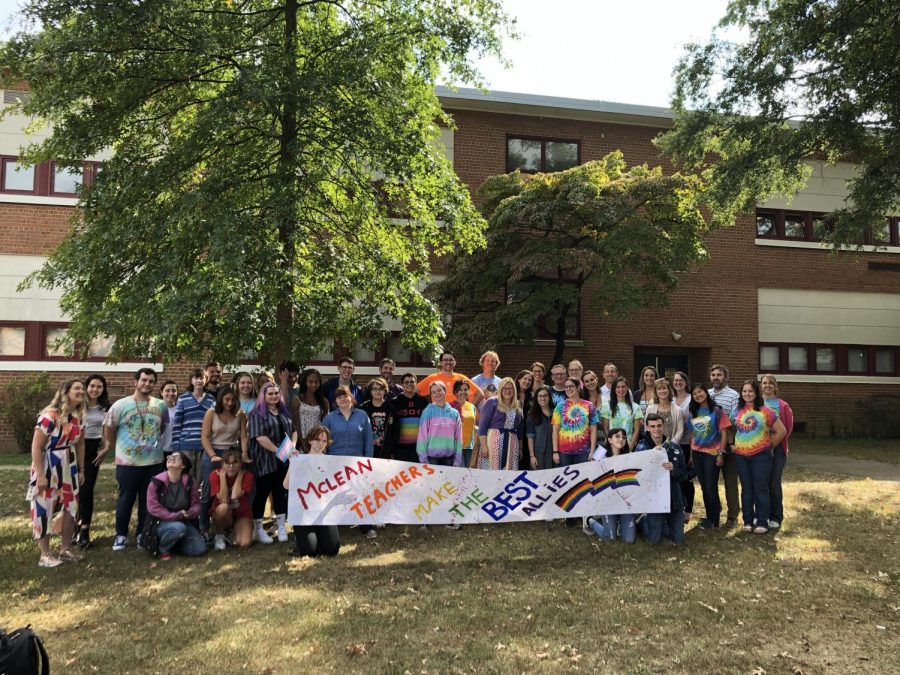 The Gender Sexuality Alliance (GSA) is working harder than everyone is welcome, by putting up fliers and literally keeping the door always open.

Club vice president Junior Tara Mitchell has been in GSA since her first day of freshman year.

This year she is working to make the club more structured than it has been in the past. There used to be very few scheduled events, but this year there are several.

Talking to the FCPS School Board, making the curriculum more LGBTQ+ aware, events for trans visibility, Ally week, as well as more casual events like a drag show, tea parties, and watching Queer Eye, are a just a few on the long list of possible events.

“We want to spread awareness and acceptance,” Mitchell said.

The club’s goal echoes what Mitchell said. GSA members strongly believe in letting everybody know that they are accepted, no matter their sexual orientation or gender preference.

People consider this club a place where everyone can just be themselves.

Junior Mod Estrada had been home schooled for the first two years of high school, and this is their first opportunity to join a club like GSA.

“I’ve been looking forward to [GSA] for  months,” Estrada said.

Before joining GSA, they could only meet other people in the LGBTQ+ community online.

Members are allowed to come and go as they please. There are no mandatory meetings.

“I dreamed of a GSA,” Lamoreaux said.