The NFL’s 100th season starts with a bang 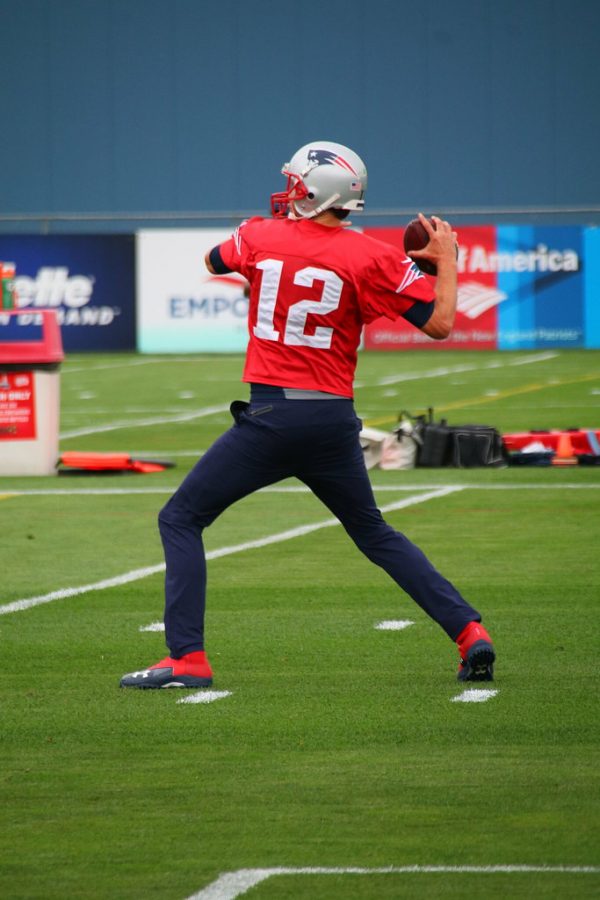 New England quarterback Tom Brady lead the Patriots to a commanding win over the rival Steelers, showing no signs of aging. (photo obtained via Creative Commons license labeled for reuse)

Since 1920, the NFL has delivered in its promise of good, old-fashioned American football. On September 5, our precious pastime finally returned after a seven-month hiatus. And of course, it delivered.

Opening Night of the 2019 NFL season kicked off with the Green Bay Packers and Chicago Bears, two of the most beloved and storied franchises in football history, which suited the dawn of the NFL’s 100th season quite perfectly. Unfortunately for most football fans, the game did not live up to the hype, ending in a quiet and defensive-heavy 10-3 Packers win.

“I wasn’t very happy at how that game turned out, but I’m so glad football is back,” junior Matt Duval said. ”I’m excited for New England and Brady to win their seventh ring.”

Fortunately, Sunday would prove to be an exciting opening weekend for fans. The local Washington Redskins started off hot and lead 20-7 going into the half, but allowed 25 points in the second half and fell to the rival Philadelphia Eagles.

“I thought it was classic Redskins,” senior Cotter Smart said. “They gave me fleeting moments of hope, only to get my heart ripped out in the second half.”

Other highlights from Sunday afternoon included the Baltimore Ravens smashing the Miami Dolphins, 59-10 (a score that has never happened before in NFL history), the Kansas City Chiefs and last season’s MVP Patrick Mahomes putting on a show against Jacksonville, and the Los Angles Chargers beating the Indianapolis Colts, 30-24, in overtime.

Sunday Night Football’s opening game was a matchup between the AFC powerhouse Pittsburgh Steelers and the reigning world champion New England Patriots. The 2018 NFL champions proved that last year’s trophy was not a fluke, as they dominated on both sides of the ball, leading to a 33-3 Pats win.

Week one wrapped up with two games on Monday night. The first game of the twin bill featured the New Orleans Saints and Drew Brees facing off against the Houston Texans and young star quarterback Deshaun Watson. Both teams battled competitively throughout the fourth until Brees lead a last-minute drive that resulted in a game-winning 58-yard field goal by kicker Will Lutz.

The last game of the opening week matched the Oakland Raiders versus the Denver Broncos. Oakland pulled off the victory in a 24-16 win. And with that, the first week of the 100th season was finished. With 16 weeks remaining in the regular season, NFL fans should be excited for yet another season of the new American pastime.

Check out the highlights from the Saints-Texans game above.