Crew team puts up a fight 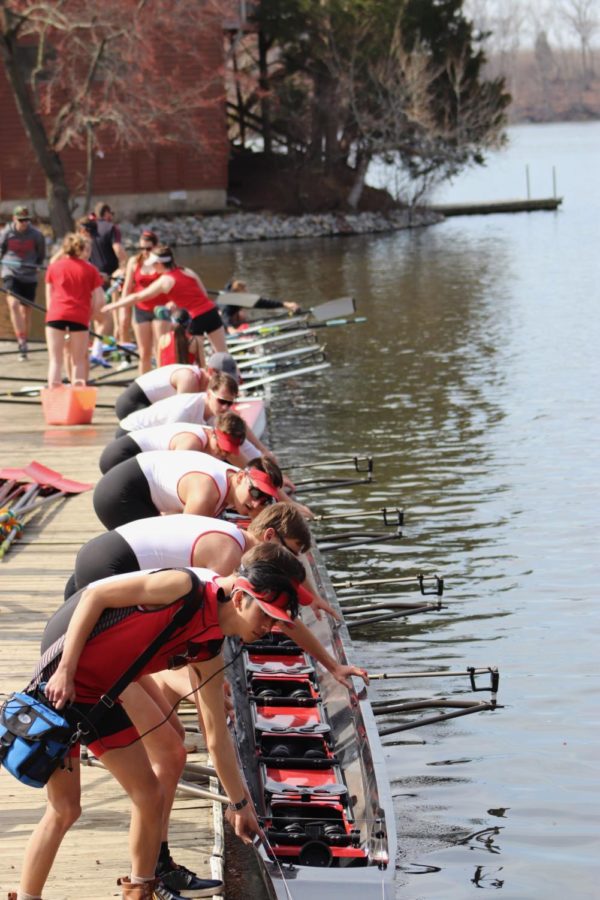 Here the Men's 1V, the team's fastest boat, is getting lowered into the water. They would later place second in their respective bracket.

This past weekend, at the St. Andrews Regatta in Middletown, Delaware, the McLean Crew Team’s top boat placed second in their race. The second and third boats both placed first. St. Andrews Regatta is an invitational regatta held every weekend that entertains many fast schools. The McLean Rowing Club had been preparing for races like these all of winter, as well as the training regimen they have in the spring.

“We had winter  conditioning, of course, and then we had about three weeks of on-water training before the regatta. We did mostly technique work but we also worked on sprinting and our long-distance ability,” McLean rower Ryan Shue said.

The hard work that the rowers put it went to good use. Shue recounts how it impacted their ability to race efficiently.

“Winter conditioning definitely made us super quick. Nate has a super rigorous and intensive training schedule and because of that it allowed us to compete well against the other teams,” Shue said.

Especially regarding the degree of speed and competition they faced, the St. Andrews Regatta was a formidable undertaking.

“Our main competition was La Salle, St. Augustine, and Ocean City. They’re all pretty quick, but La Salle is super fast; like, [they will] probably medal at nationals,” Shue said.

McLean performed incredibly well, going head to head with top schools like La Salle, which is based out of Philadelphia.

“We did really well. The 1V got second [place] by seven seconds against La Salle, which is actually pretty significant because they beat St. Joe’s prep, another super fast school, by 10 seconds. Our 2V got first by fourteen seconds,” Shue said.