The Best Things About 12 NBA Teams 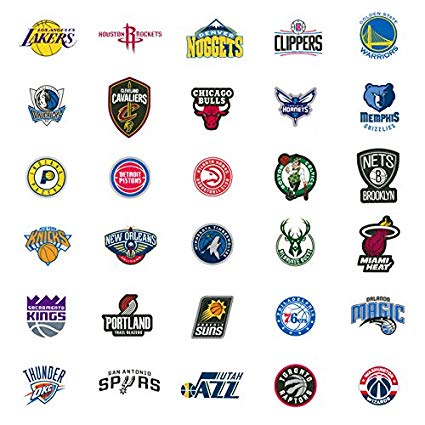 Milwaukee Bucks: For the bucks probably the best thing about them is they potential MVP of the season Giannis Antetokounmpo. The Bucks were projected to win 45 games this season and they already have 57 wins with a lot more games to play and they’ve clinched a playoff spot. The main reason for this is of course the Greek Freak who is having a monster season. Averaging 27-13-6-1-1 with 33.2 MPG, he has led the bucks this whole season and will most likely lead them out of the east to the NBA Finals.

Toronto Raptors: Last off season the Toronto Raptors trade Demar Derozan to the Spurs for Kawhi Leonard and it looks like the front office made the right call. The Raptors at this moment are the second seed in the East and are three games behind the Bucks for the first seed. But this isn’t all because of Kawhi Leonard. Pascal Siakam has had a breakout season and his impact on the court has been amazing.

Atlanta Hawks: The Hawks are a bad team right now but they have lots to look forward to in the future. They have a potential star in Trae Young who a couple nights ago scored 49 points and 16 assists. They also have John Collins who was a border line All Star this season.

Los Angeles Lakers: They have Lebron James. And Most likely Anthony Davis Next season.

Denver Nuggets: The Denver Nuggets took a huge leap this year. Going from a team who had to battle it out with the Minnesota Timberwolves last season just to get the 8th seed in the playoffs to the second seed. If you think about all of the injuries they’ve had this season with some of their best players going down its amazing that the Nuggets have stayed a the 2 seed.

Oklahoma City Thunder: This season Paul George from an all star to a MVP candidate and its helped OKC a lot. Russell Westbrook is still doing his thing averaging a triple double but he has taken a step back and let Paul George do his thing. Instead of being the number one guy on the team he’s let Paul George become the number guy on the team. The front office has also surrounded their two stars with great young players to help out.

Houston Rockets: The Rockets had a slow start to season but picked it up a couple games in a James Harden started going off every single game. Harden had one of the longest streaks ever of scoring 30+ points every night and kept the Rockets alive while Chris Paul was injured. The good thing about the Rockets are they have James Harden.

New Orleans Pelicans: They’ve have Anthony Davis until the end of the season.

Brooklyn Nets: So many good things are happening in Brooklyn. First, they’re going to make the playoffs for the first time since dinosaurs walked the earth. Second, they have All Star D’angelo Russell and should pay him this off season. Third, they have a lot of good young players to build around and make a championship team.

Phoenix Suns: The only good things that are going on in Phoenix are their young core of Devin Booker, DeAndre Ayton, Josh Jackson, and Kelly Oubre Jr.