FanFest is set to tip off March 23 at 7pm 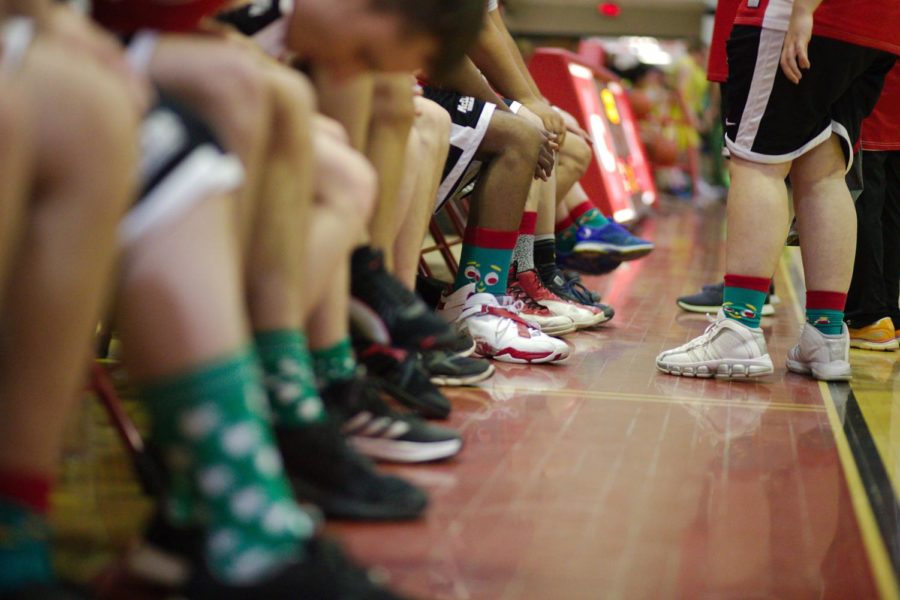 The Special Olympics Basketball team is going to knock your socks off on March 23 at 7pm.

For those feeling nostalgic about the end of the 2019 basketball season, McLean’s very own Special Olympics basketball team is set to take on the Lake Braddock White Panthers on March 23 at 7:00pm at home.

FanFest will be returning for its 5th annual year at McLean. Special Olympics Coordinator and Coach, Mark Thompson, along with co-coach Molly Payne have been working hard to prepare for the game. FanFest is inspired by the Special Olympics Virginia basketball game, FanQuest, which began in 2011. With almost 1500 fans in attendance at the first game, the event has always been one that both McLean students and the community look forward to.

“The whole idea was to give it sort of a college level experience like that kind of camaraderie, fanfare all that kind of stuff or really just like a really big rivalry game similar to us and Langley,” Thompson said. “We had the cheerleaders from Mason, we had the capitals mascot, and just a lot of people.”

Thompson praises the spirit that the crowd brings to the event, mentioning that the crowd’s applause can be overwhelming due to the outstanding amount.

“For this game, [the game at Oakton] we didn’t score for like the first three minutes,” Thompson said. “Then we finally did score, I was a little nervous that the whole place [was going to come down], people were clapping so loudly.”

The amount of support the Special Education Program receives was the original reason Thompson decided to bring FanFest to McLean.

“I think it takes the kids a little bit just to get used to this kind of [spirit], I think they get nervous, they get scared,” Thompson said. “And then all of a sudden they just let it all go and they just start playing and it’s just fun.”

In collaboration with Best Buddies, as well as the rest of the administration, FanFest has become a large recurring event for McLean. The McLean Dance team, as well as the classic halftime half-court shootout add to the whole experience.

“It’s just really neat the way the school has rallied around the whole thing,” Thompson said.

This is the tenth anniversary of the Special Olympics Campaign: Spread the Word to End the Word. Therefore, the Special Olympics Program has created a new initiative, Inclusion. However, despite the positive message of this campaign, Thompson says that the Special Education students don’t need to be included in the McLean community. Rather, he says the energy and spirit the staff and students brings to FanFest shows that they are already integrated into the student body.

With their season starting in November, the McLean Special Olympics team has played four games thus far. FanFest will be their last game of the season.

“It’s going to be bittersweet this year because a lot of our team is leaving—they’re going to the Davis Center, so this will be the last time they’re all going to get to play together,” Payne said.

With a large freshman class, Thompson and Payne are considering expanding the group into two teams, giving all players more playing time.

“I think if we run it will probably run a shorter game at the beginning,” Thompson said.

In addition to a basketball team, the Special Education program offers a soccer and running team. However, FanFest is what most of the players look most forward to.

At the end of the 2017 FanFest game, the student section rushed the court and created a tunnel for the players. The excitement and spirit of the event is what many fans say is what they look most forward to.

“The kids come up to me and say ‘Did we win?’ And I say ‘Yes, absolutely’ [because] if you ask that, it means you’ve truly given everything you’ve got because you haven’t been paying attention [to the score],” Thompson said.

The Best Buddies program will be selling t-shirts in preparation for the game, and there will be a spirit day on the Friday before the game, February 22nd. Regardless of the score, players and fans alike come together to celebrate the efforts made by Special Olympics.

“It’s not about winning or losing, it’s just about doing your best and that’s all we ask for,” Payne said.