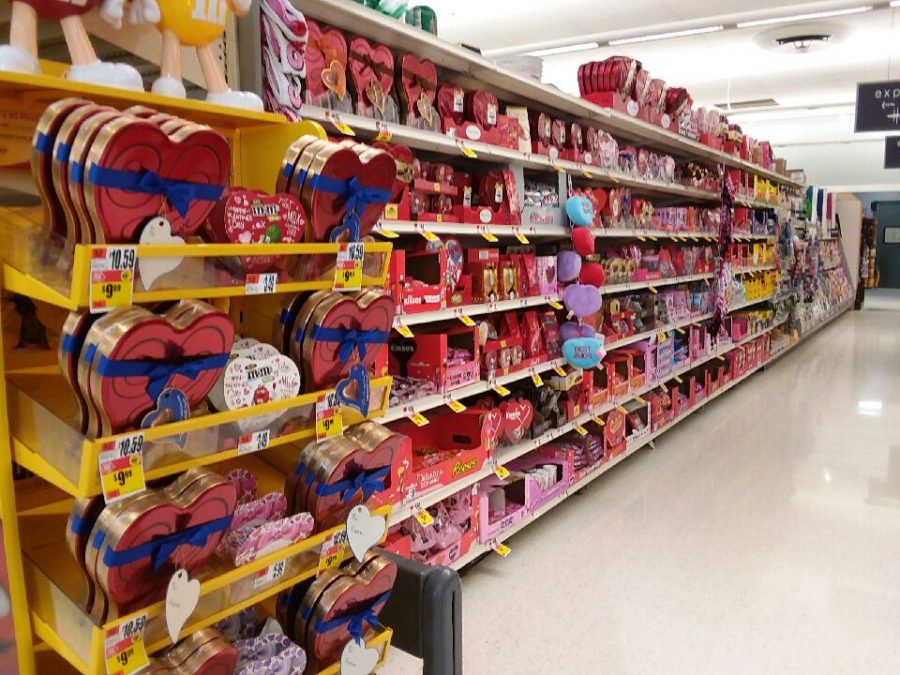 The massive Hallmark holiday causes Americans to spend billions of dollars per year as stated in a 2018 CNN report, and the commercial ploy is only expected to continue to grow in future years.

Valentine’s Day was originally created by the Catholic Church in the 5th century A.D by the name of St. Valentine’s Day, in honor of two men executed on Feb. 14 by the Roman Emperor Claudius II two hundred years prior. It later merged with Pagan traditions turning it into a day of fertility and love.

European poets such as Shakespeare romanticized the holiday in the 1500s, and somewhere during European colonization of the new world Valentine’s day reached America. It was in 1913 that Hallmark began producing Valentine’s day cards creating the modern holiday we know today.

So how is it that such a simple celebration of love generates $17.6 billion dollars in 2010, and continues to thrive? The cash giant gets its bread from a complete economic advertisement and societal scheme that make millions of Americans feel obliged to invest their hard earned money into making Feb. 14 special for their significant other.

Hallmark in particular formed their advertising foundation on cheesy and exaggerated advertisements by candy producers that create the illusion that spending money is necessary to pleasing a romantic partner on this “special” day. The role of major candy producing companies such as Hershey, Reese’s, Jelly Beans, and others are crucial to the success of Valentine’s day.

Often the TV ads of these candies plant reminders of the holiday in consumers’ minds, which spark grocery store trips that ultimately allow Hallmark to profit from card sales in large retail stores. In an even further attempt to increase sales many retailers offer large discounts on candy around V-day to attract customers.

Despite the financial prosperity of Valentine’s Day, the holiday has become lust-filled, and lost all actual romantic value.

“People try to make their loved ones feel special but nobody really ever does anything, it’s forgotten by most people,” sophomore Adam Kunz said.

Despite the overwhelming sense that Valentine’s Day falls short of expectations, some find that it is still a very enjoyable holiday and is still more than a February cash crop.

“I think it’s a great holiday to celebrate the relationship you have with a person you’re close to,” sophomore Amy Verderame said. “Just reaffirm your love for each other.”

No matter what side of the holiday you take, financial or sentimental, how Valentine’s Day impacts you is completely down to your perspective and choice. Though it is important to know and resist the spending urges implemented in our society, it is still possible to enjoy a time of appreciation for your significant other.