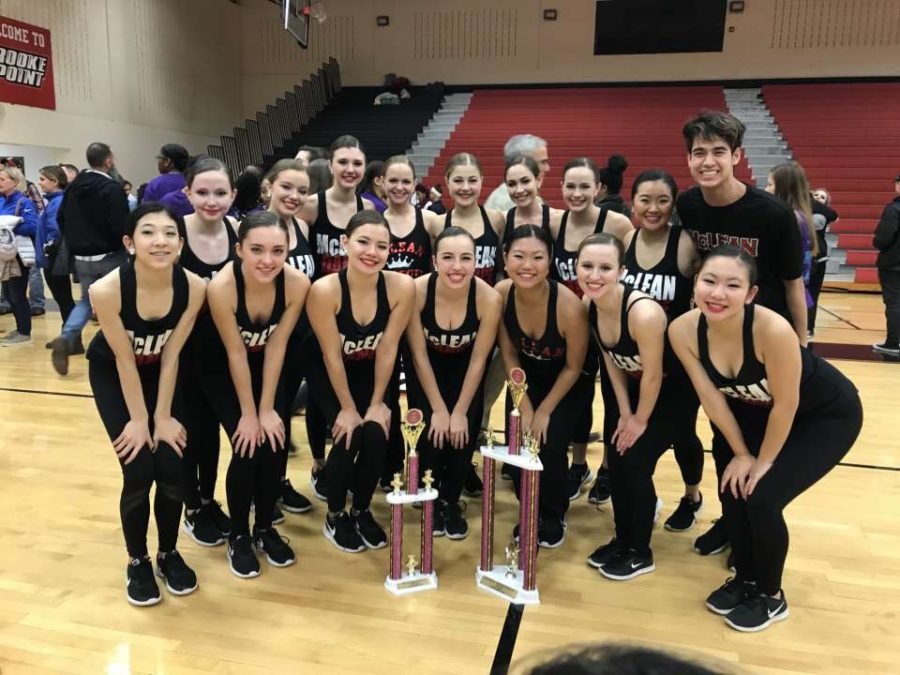 McLean Dance team poses with their trophy after winning the Brooke Point Invitaitonal on Jan. 19.

“We won first in jazz which is large division and second in large pom,” senior Chris Davis said.

Placing well at this competition put the McLean Dance team in an enviable position to place well at Nationals too. It served as practice run to see how their performace stacked up against other competitors, and helped to figure out last-minute adjustments for Nationals.

“I am happy with our win, we thought it was a good practice since Nationals is near and it just solidified what we have to work on and what we have down,” Davis said.

With the dance team practicing and making preparations since the beginning of the year, they are looking forward to being able to cash in all their hard work at their last competition of the year. Nationals is their only competition remaining to win.

“Nationals is Feb. 22-23 and there’s no competition after,” Davis said.