Despite recent economic success, a recession may be on the horizon in coming years 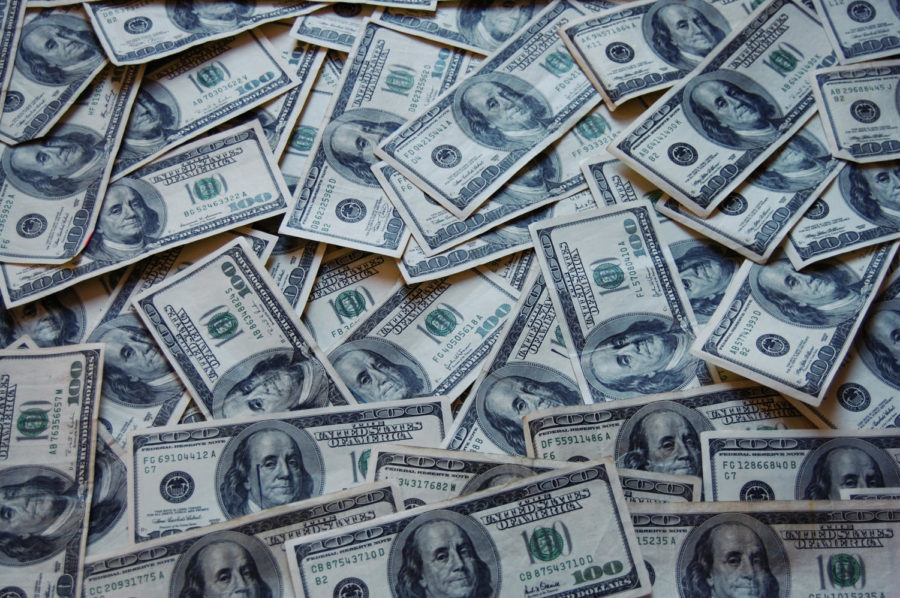 Numerous economists predict a recession in the next few years. (Photo from Commons.wikimedia.org)

Although the United States economy is currently booming at huge levels, with near full employment and a rapidly increasing gross domestic product (GDP), numerous economists have forecasted that it could enter a recession by 2020. Numerous factors are contributing to this prediction which include tariffs by the Trump administration, fear that economic growth has peaked, and rising interest rates according to Fortune magazine. The global economy may also suffer from President Trump’s reinstating of the Iran Deal according to an official quoted by CNN from the Organization of the Petroleum Exporting Countries (OPEC), who believes that oil prices will sharply increase as a result of it.

According to NPR, the biggest risk for a recession in coming years is created by the possibility of the United States entering into a trade war with China. This is as a result of the great expanse of trade that the U.S. conducts with China, as many businesses would greatly suffer if they are unable to sell their products to it.

The best example of this is the American soybean industry, which has suffered a price drop of over one dollar per bushel as a result of Chinese tariffs in response to those put in place by the Trump administration. While President Trump’s recent negotiations with Chinese President Xi Jinping may help offset some of this harm, a recession could be more likely to occur due to long-term damage already in place. Chinese buyers, especially as it pertains to soybeans, could find other suppliers either in Asia or South America, according to Forbes.

While current economic growth is largely a continuance of previous trends started under the Obama administration, the Trump administration tax breaks may have helped contribute to it. This is due to the extra spending that they have added to the economy. Economic gains from these tax breaks, according to economists, may only continue in the short term, though.

Despite these predictions from economists, some people remain skeptical due to the economy’s recent success. Senior David Moore, who has gained insight into economic issues due to his father being an economics writer, believes that current economic growth is sustainable in the long run.

“Companies are going to continue to come back to the United States,” Moore said. “Trump is lowering the corporate tax, bringing jobs back to America and creating economic growth.”

Senior George Mwangi has echoed similar sentiment, as he too believes the economy is not headed towards a recession in the near future.

“Not now because despite everything that Trump has done, he hasn’t done anything that would damage the economy,” Mwangi said.

He is concerned about the effect that the tariffs could have on the economy, though.

“Maybe [a recession will occur] eventually if there’s a lack of international trade.”

The Trump administration has similarly rolled back questions regarding the possibility of a recession in coming years, as it also believes that the economy is at too strong a point to have a major stumble, according to Fortune magazine.