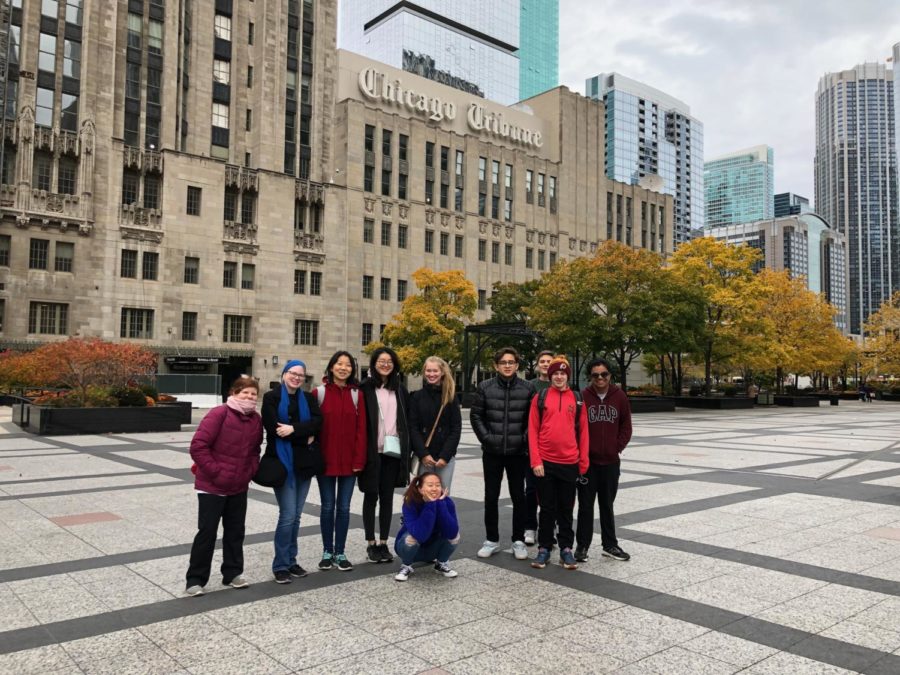 Journalism students smile for a group photo in front of the Chicago Tribune building. The students enjoyed the tour around the city.

Ten students from journalism, photojournalism and broadcast classes at McLean High traveled together for a span of four days, Nov. 1 to 4, for the National Scholastic Press Association fall convention taking place in Chicago, Illinois.

After a one hour and a half plane ride, the students arrived at the windy city with excitement.

Students enriched their journalism experiences in many ways including meeting professional journalists and participating in advisers’ learning sessions.

These young journalists said the convention was a meaningful experience to them and has impacted them positively.

“I learned a lot of things from the convention – satire, how to write jokes, finding a good lead and a lot of stuff,” junior Jackson Clayton said. “I think I had a lot more fun than what I’d expected.”

“The most memorable thing that happened was probably going to Willis Tower and stepping on the glass and looking down; that was crazy,” Clayton said.